Last night I slept really well in the warm hut at Carter Notch. I woke up around 5:30 and got on trail around 6:30. I hiked to the top of Cater dome and then the top of Mount Hight by myself. Cater Dome was a steep climb without a great view at the top. Mount Hight had the best view of the day with views of the Presidentials including Washington, Adams, Jefferson, and Madison.

New Hampshire has a list of 48 mountains that are above 4,000 feet and hikers make it a goal to hike all 48 peaks calling it NH 48. If you climb each peak in each month of the year it is called a “grid”. This means someone would have to climb Mount Washington in January, February, March, April, and so on. This doesn’t necessarily have to be done in the same year although some people try. Either way hiking all 48 once or doing a grid is a lifetime goal of many people. In order to qualify as a 4,000 footer aka a 4k, the mountain must reach 4,000 feet of elevation and have 200 feet of prominence. A mountain on a ridge line/range with 200ft of prominence would require a person to descend 200ft from the summit of the mountain before ascending to the next peak. Carter Dome meets the requirements to be on the list of the NH 48. Mount Hight does reach a height of 4,652 feet but it lacks prominence of 200ft so it does not meet the requirements.

After I descended from Mount Hight, I began to climb the Carter range next which includes South Carter, Middle Carter, and North Carter. At this point Bullet caught up to me and we hiked the rest of the day together. The next mountain we climbed and the last one of the day was mount Moriah which had 360 degree views including the mountains in Maine. It was cool to know that I could finally see Maine for the first time! I plan to cross the border tomorrow. Today the skies were very clear again and the visibility was great. 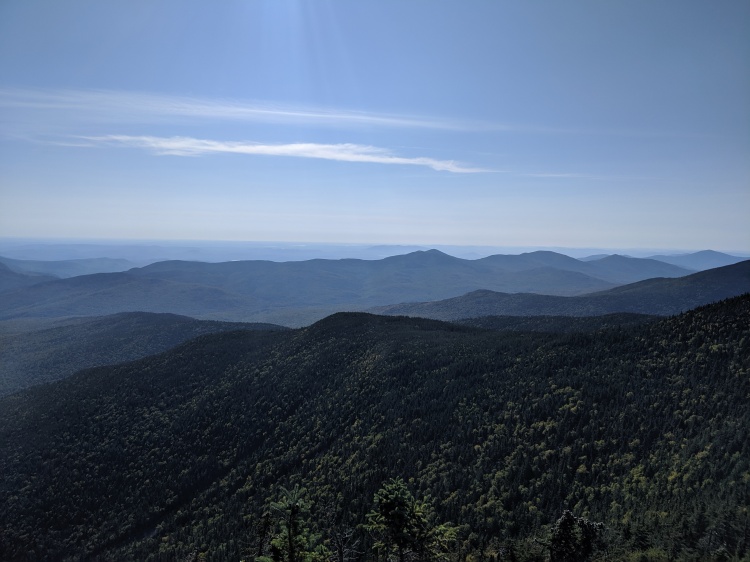 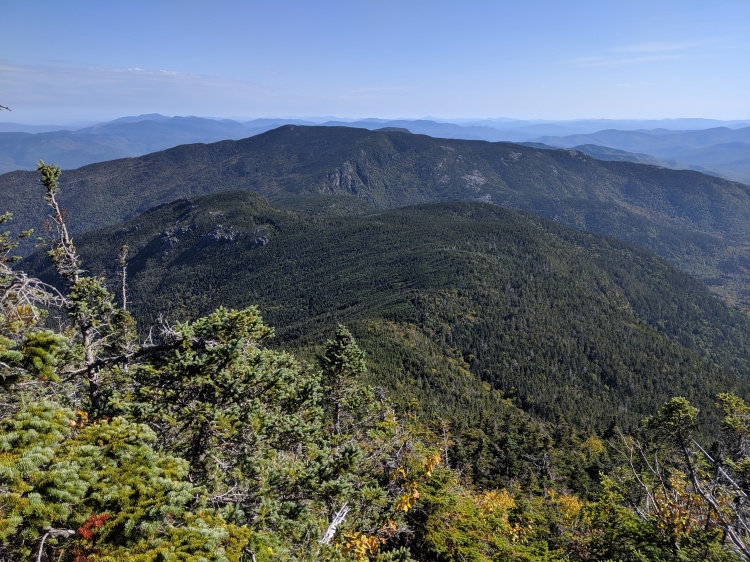 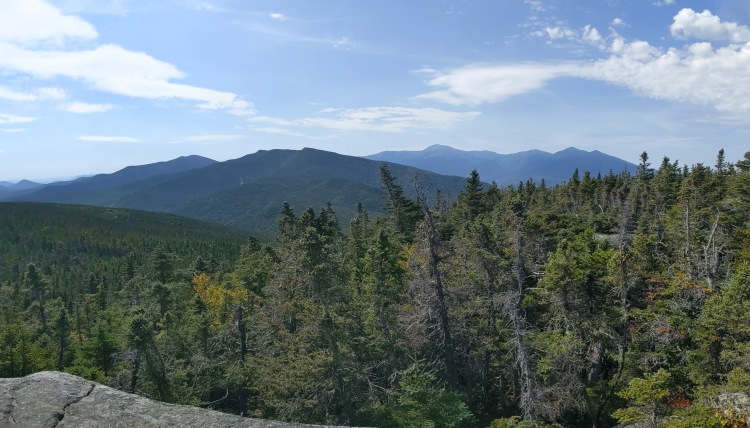 After our last climb of the day, we descended into Rattle River hostel. before we got to the hostel, we walked along Rattle river which was so pretty I had to stop for a moment and enjoy it. I tired to soak my feet in the water but it was so cold it was painful. When we arrived at the hostel we had to shower before we could go inside and keep our packs, shoes, and poles, outside in a pack room. At 5pm I got on a shuttle to Walmart where I bought dinner for the night and some snacks to add to my food bag for the trail. Declan, the hiker who gave me a ride and hung out with me in Lincoln, NH about 50 miles back was at the hostel later in the night. I was surprised to see him again. He drove up from his college for the weekend to go hiking all weekend again. He wants to finish the NH 48 by the end of the year and he’s pretty dedicated to doing it. He drives up to the whites every weekend he has free from college. A few days ago he even drove up in the middle of the week to hike all night.

At the hostel I ate my dinner and spent the rest of the night updating my blog by using a computer and uploading all the photos. It is a lot of work but totally worth it! I can’t wait to see Maine tomorrow. I already know I will probably be crying when I cross the border. I plan to sleep in and will most likely have to night hike across the border. I don’t care how hard of a day it is or how long it takes, I am hiking to Maine!