Today was a great day of hiking. I got on trail a bit before 8am. I caught up to a guy named Noah who I hiked with for a day near Wayah Bald. I was surprised to see him again because I thought he was way ahead of me but turns out he took a zero or two in Gatlinburg. It’s always funny to run into people you thought were long gone. Sometimes people run into someone they met the first week of hiking and haven’t seen since then when they are 100 miles from Katahdin. 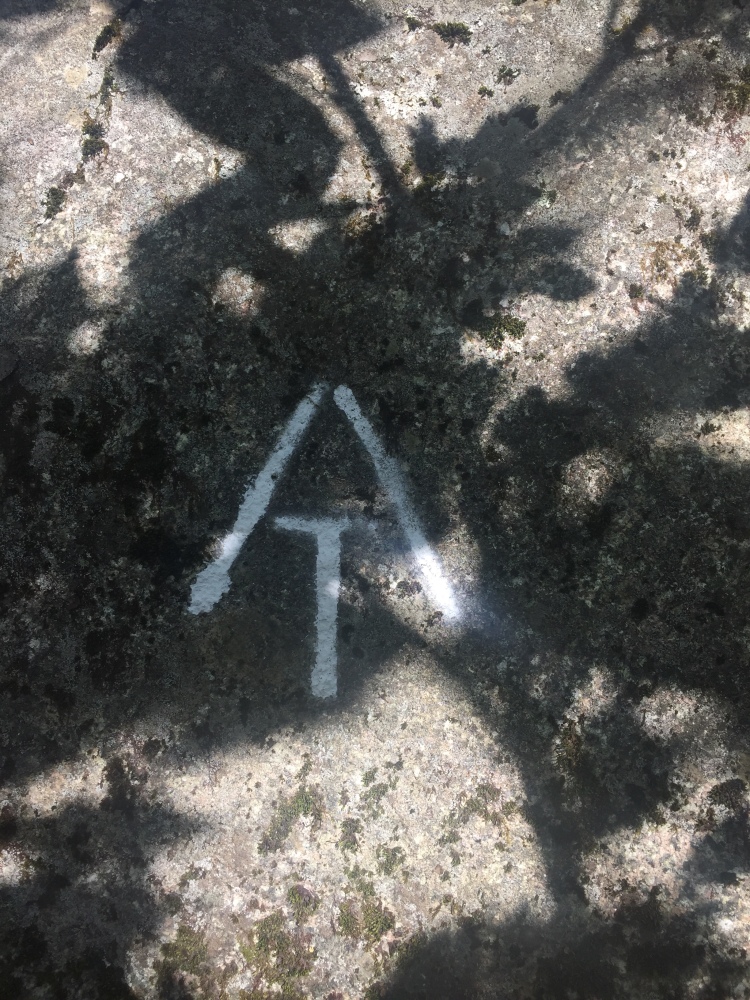 The only mountain climbs today were of Chestnut Mountain and Bluff Mountain. They were only 1 and 1.5 miles accents each. Flamingo caught up to me and then passed. I hiked with a guy named Flip for a significant amount of the day after that. We made it to camp at 1:30ish and met Flamingo there. We were happy to get to camp first and so early because we all got a spot in the extremely small shelter. The only other people who slept in it with us three for the night were Cocoa and Locks who came into camp shortly after us. My feet were hurting bad today. I figured out that they mostly hurt when I hike all day without taking a break. It’s hard to sit down and eat lunch when I just want to get to camp before the rain and there isn’t a nice view.

At camp we aggressively made a fire. It was the best one we have had yet. It burned a ton of wood and we roasted the marshmallows that I packed out. My sister Emma and Caroline were supposed to meet me at the shelter today so I was waiting in excitement. I knew that they were going to bring me a cheese burger from McDonalds and I ran out of food for dinner. When they showed up they were carrying so much food for me in their arms. I felt bad. They were carrying my week resupply which was a lot more food than I had expected. My pack will be extremely heavy tomorrow morning.