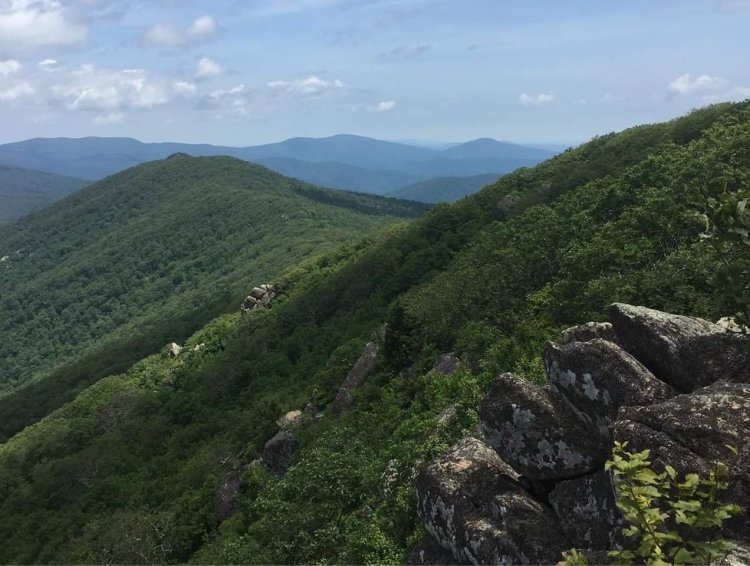 After I got my backpack back, I thanked PBG a million times and headed on my way to the shelter for around two more miles. At the shelter was Frog, Braodweigh, and Hat-trick. I have enjoyed camping with both Frog and Broadweigh almost every night in Shenandoah National Park but I am also getting sick of being the only woman at camp almost every night, or so it feels like it. On top of that I’ve been struggling with breathing in the smoke of people (mostly Frog and Broadweigh) who smoke close to the shelter where I am trying to sleep. Ironically enough, I thought I was going to get a lot of fresh air by being out on the trail, which I do, but I have also never been around so much smoke from cigarettes in my whole life. I like them but I am also glad that I might get to spend time with new people the next few days because they are stopping into the next town early tomorrow I should lose them. I wish them happy trails, but I am excited to be out of the park and flying solo for a few days. My friends Flamingo, Cocoa, Flip, and now Locks who has caught up after being behind for almost 500 miles are behind me and I miss them a lot. I am hoping they catch up while I take my break on the fourth of July and I might try really hard to stick with them for the last half of the trail. They tend to zero a lot more than I do, which isn’t bad. I need to be better about taking intentional breaks, especially because my feet are hurting as bad as they do.The shelter that I camped in tonight, is just outside the northern border of Shenandoah National Park. I made it!Happy Trails!