This morning Emma and I got out of our tent at 6AM. I really wanted to wake up and see the sunrise but we were both so tired. Last night we set up our tent close to a road and there was a larger tent set up that looked like someone had been staying there long term. Emma said she saw the tent occupant walk by after I fell asleep before 8pm. The tent had us a little nervous but I was too tired to hike any further. I had already been forced to move from the original shelter we had intended on sleeping at. Around 2am Emma heard a vehicle pull up on the road close to our camp. Two people got out and were talking extremely loud. They walked back into the woods and were shining their lights all over the place, including our tent. I slept through most of it but Emma was really scared. They eventually got back in their car and left. The whole thing was very weird. I expect that something weird could happen anytime I camp close to a road. My previous encounters with a camp close to a road include a man who was stealing hikers food and a rowdy night due to other hikers coming back from town drunk at midnight.

When we hiked out of Carver’s Gap we began to enter the Roan Highlands. We walked over two balds that were very pretty. It was cold enough for me to be hiking in my puffy coat. The clouds were constantly moving over the mountains that we were hiking on top of and I thought it looked really cool. For a morning break we stopped 6 miles in at Over-mountain Shelter. This shelter is unique because it is an old barn that had been converted to a shelter. It can fit probably more than 20 hikers. I wish we could have stayed last night but the milage didn’t make sense. We ate lunch on the side of the barn with a view of the valley. People could sleep on the outside of the barn still under a shelter and wake up to see the sunrise. It was beautiful! 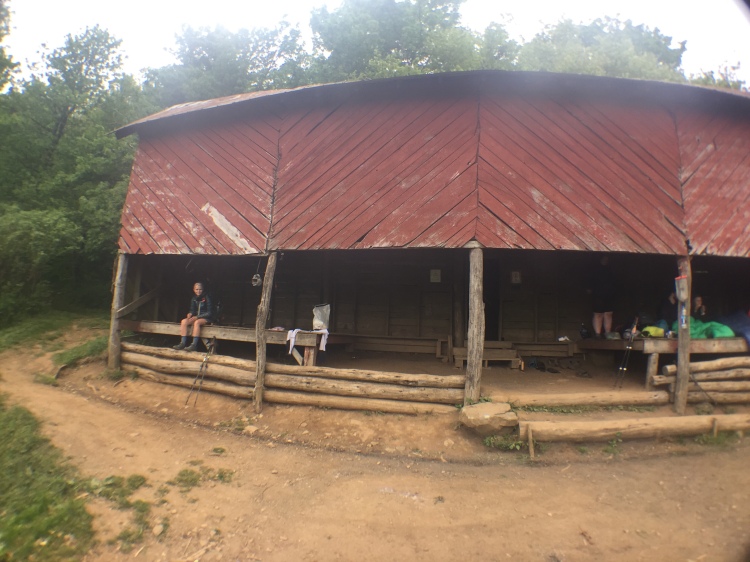 After the break, we hiked over Little Hump and Hump mountain. I can see why the Roan highlands are many people’s favorite section of the trail. These mountains were bare of trees covered almost completely in long, soft, green grass that billowed like waves in the wind. There were rocks scattered all around as well. My favorite thing was seeing the trail behind and in front of me. I could see very long stretches of it leading up the mountain. There were a few other hikers going over them at the same time as us and it was fun to watch their small figures hiking across the mountain in the distance.

Emma and I were thinking about camping at an old shelter site but it was so early in the day and we only hiked 14 miles at that point. I convinced her that we should go get food at this brewery that was a half mile walk down a highway from where we were. We are both running extremely low on food and were very hungry so she agreed.

Walking on the highway was kind of scary. It was not an inner state but the cars were flying by us at 50mph on the side of a hill. We eventually made it to the brewery called “The station at 19E”. At the brewery we met Bill who worked there and showed us around. He was extremely hospitable. The brewery was also a hiker hostel and had some amenities hikers would be interested in such as a small resupply and charging outlets at the bar side. I got my favorite drink which was a hard cider I was craving. Emma and I both ordered a hotdog with fries for $5. As we sat at the empty bar more hikers started to come in, mostly day hikers who were out visiting the Roan Highlands. Apparently this section of trail is a big attraction. Two of the day hikers were very interested in hearing about how my thru hike was going and they paid for our meals! Not only that but another pair of hikers gave us a ride 0.7 miles down the highway back to the trail. It was so nice to not have to walk down the scary road again. We were so glad we made a stop. I found the break to be mentally refreshing more than anything. I was getting really irritated at the rocks and roots on the trail today and felt mentally exhausted. The short two hour break at the brewery gave me a chance to think about something other than where I am going to place my next foot step for a while. 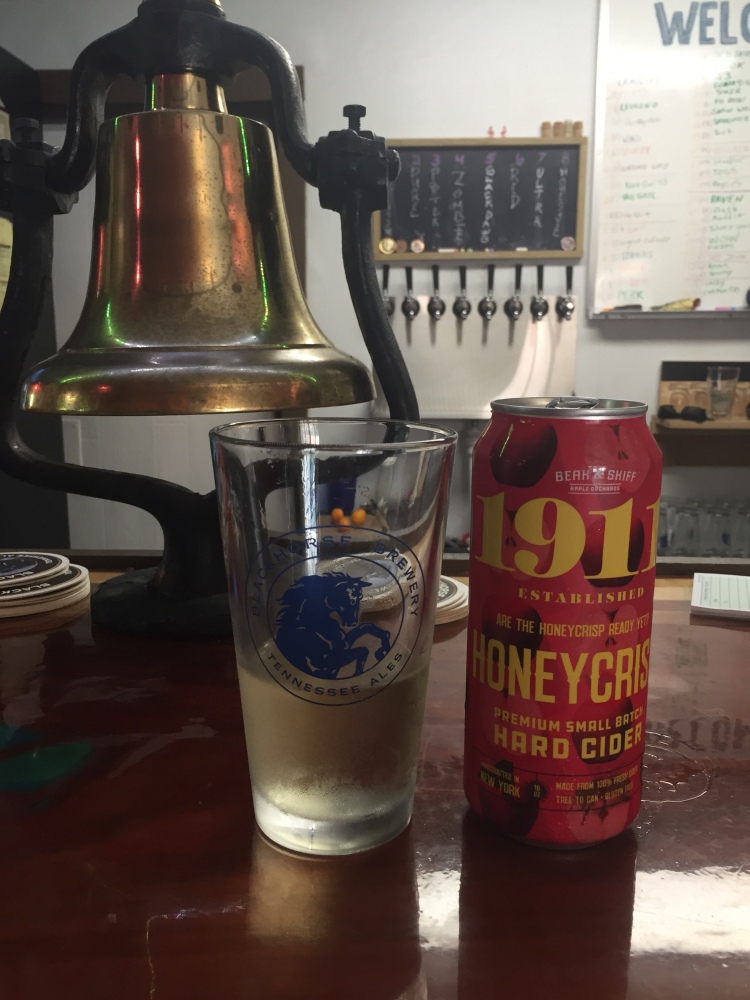 After the food, Emma and I had a lot of energy. We got back on the trail around 7ish and hiked until 9:30 pm covering about 9 miles during this time. We walked through a meadow and along a super pretty river for a while. The trail just keeps getting better and better. We stopped for a 20 minute break at a nice and tall waterfall. After 8:30 we turned on our headlamps and hiked in the dark. I will admit I was a bit scared and hiked really fast because of this. I was playing music really loud so the bears could hear us coming. 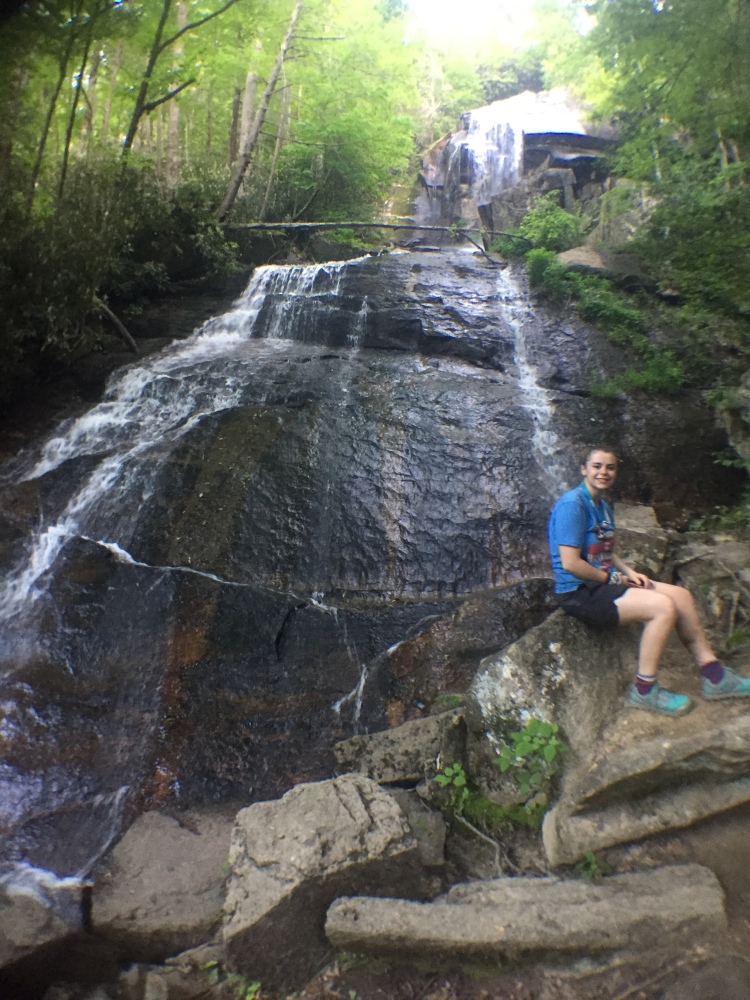 At the shelter Emma and I tried to quietly sneak in. To our surprise there was only one person sleeping in it! One of the reasons we wanted to hike so far today is because the picture of this shelter looked so nice. It is a newer one that is 3 stories and could probably fit 15 people.