This morning I woke up at 5:30 AM because I wanted to see the sunrise. There was a cool view of the lake and surrounding mountains from behind the shelter. It was a super foggy morning and I couldn’t see much so I went back to sleep. I woke up at 8am to Emma pulling on my feet with her backpack packed and ready to go. I was exhausted and probably would have slept until 10AM if she didn’t wake me up. I quickly got my things together and we hit the trail just after 8:30. We stopped for water about 3 miles in and I was extremely irritated. Filtering water has become my least favorite task on the trail. I always get the water all over myself and knock over my already filtered bottle by accident. I try to hold still as I squeeze the bag to get as much water as possible into my bottle, but bugs continuously land on me and I brush them off which leads to me spilling more water. On top of all that, the dirt sticks to me and turns into mud on my hands which I then wipe all over my shorts and wonder why on earth I even bother to do laundry. 3 miles later Emma and I found ourselves at Iron mountain shelter taking an hour long break in which we each ate 1,000 calories of food. We were trying to make our picks lighter and make up for the calorie deficit of the past few days.

After the break I called my mom and talked to her for a while and so did Emma. We kept hiking on through the heat of the day. Around 2pm we were going to stop for water but the springs were pretty much dried up. I convinced Emma that instead we should try to get milkshakes at this hostel that was a mile down the trail. Emma called the hostel called “The Rabbit Hole” and they came to pick us up from the trail head which was extremely nice. The place was located 2 miles off trail. We would not make a 4 mile round trip for milkshakes but since they picked us up we went! When we got to the road a past thru hiker who is the owner of Rabbit Hole named “Rabbit” picked us up. He explained to us that this year is the hostels first year being open. It was super nice when we got there. All of the hostels I have visited so far have been some of the oldest ones on the trail (which I like) and there was a huge difference between the two. The Rabbit Hole was extremely nice and clean. The milkshakes we got were so good that I wanted another but I figured I would probably throw it up on the trail if I drank one more. 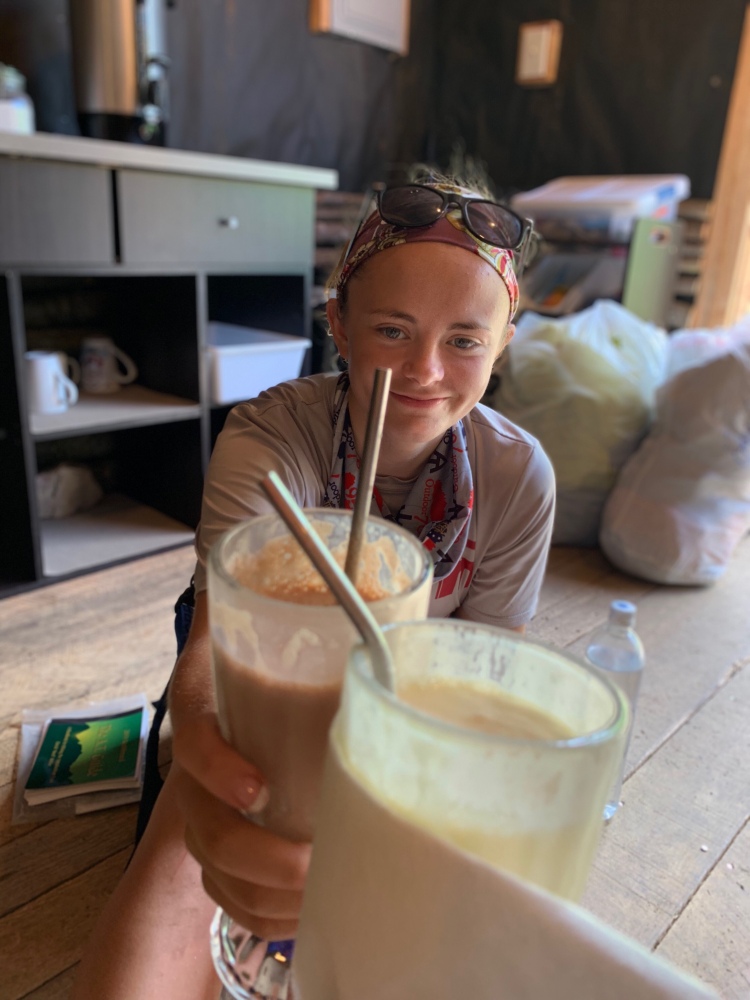 Around 4 o’clock rabbit drove us back to the trail. The first part we hit Northbound was a wheel chair accessible section that goes through a field with a cool barn. Then we walked through pastures that had cows in them. My feet were killing me. Every rock I steeped in felt like it was stabbing me in the bottom of the foot. We wanted to get a lot closer to Damascus so we could have an easy day off tomorrow but I gave us early. I was just not having a good hiking day. We set up camp at a random campsite on the side of the trail. 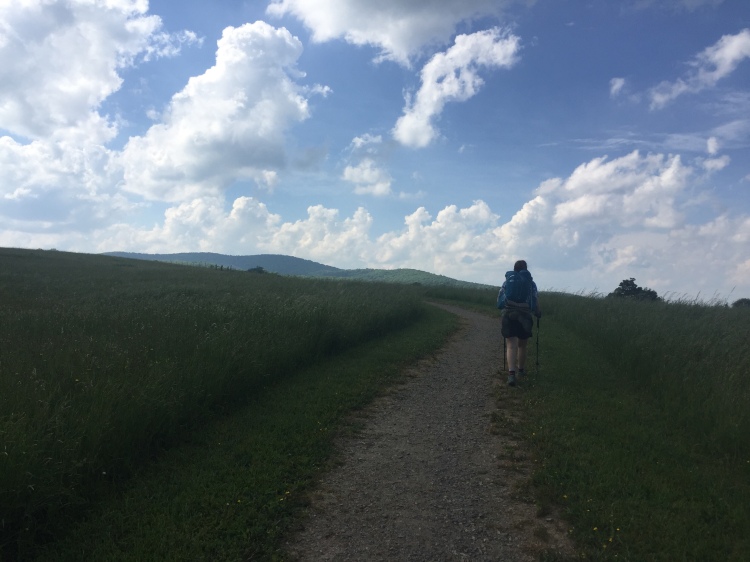 One thought on “Day 40: The Rabbit Hole”