This morning I tried to catch the bus to the trail at 7:15 am but I got on the wrong bus so I had to wait until 8:15 for the next one. While I was waiting I went back to the hostel to eat the complimentary breakfast with everyone else. It was rice and eggs which was really good! At 8:15 I got on the bus to go to route 4. I would be hiking SOBO today and not carrying half my gear in my pack.

I had a six miles uphill climb to the top of Killington peak which is the first 4,000 foot mountain I will have climbed since Virginia! The uphill climb was a nice warm up and the forrest was really pretty. When I reached the highest point on the AT on top of Killington, I had to take a 0.2 mile spur trail to the peak that went up 400 more feet! The trail was almost vertical but it was really fun and I was glad I didn’t have a heavy pack on. At the top I hung out for a bit and took some pictures before continuing on my hike. 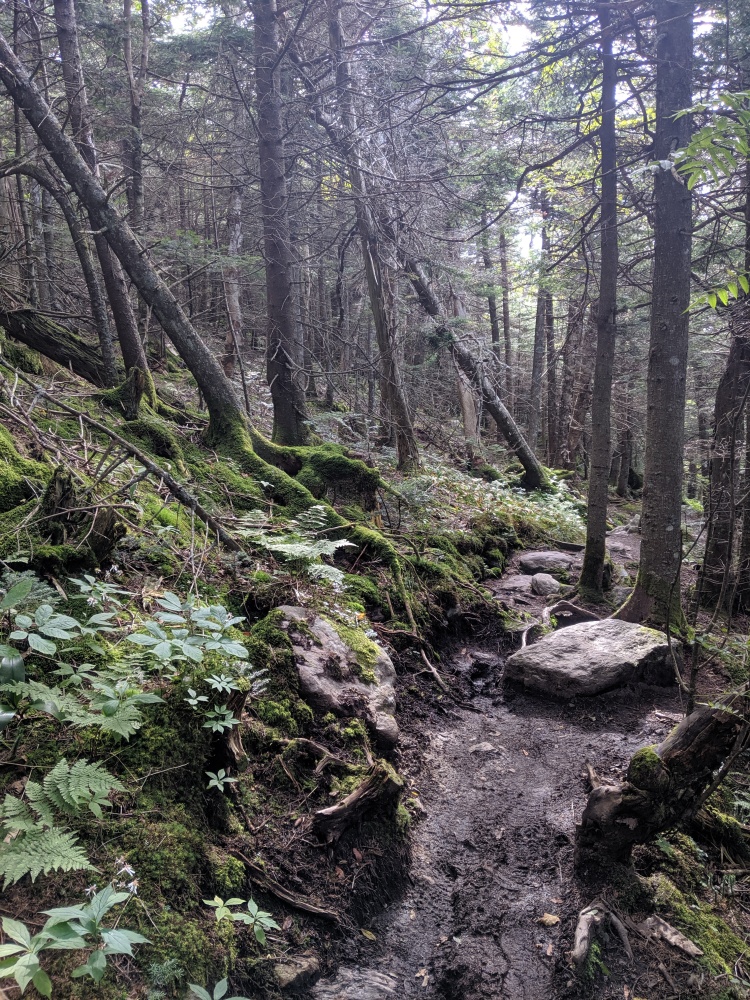 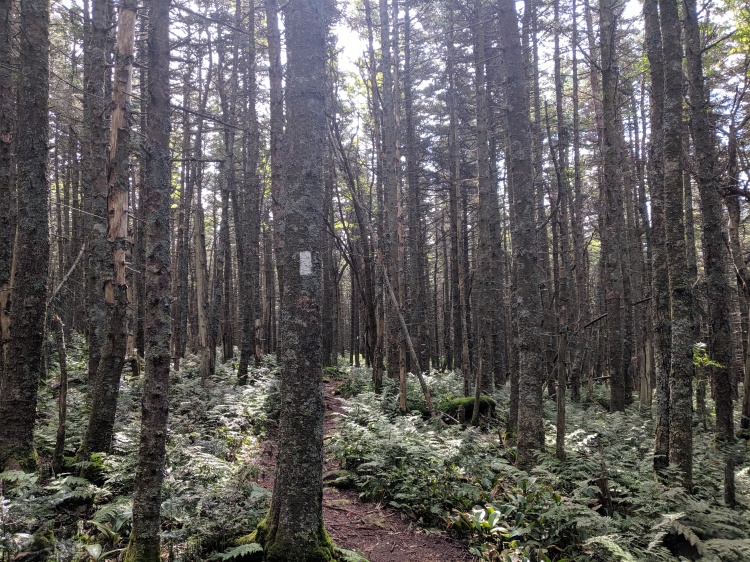 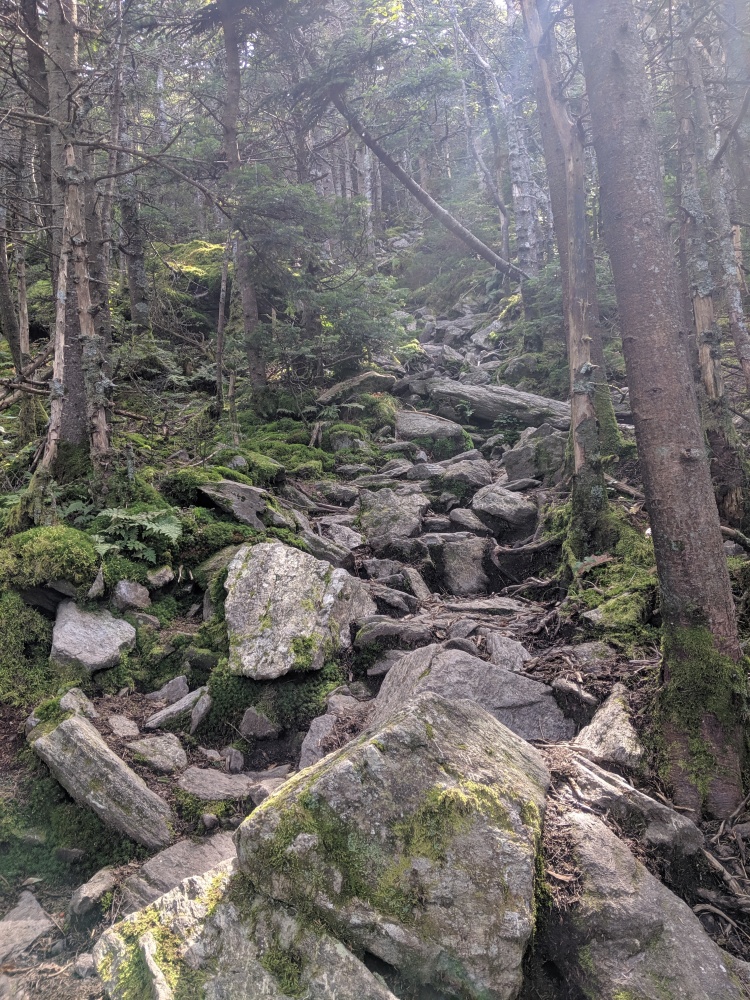 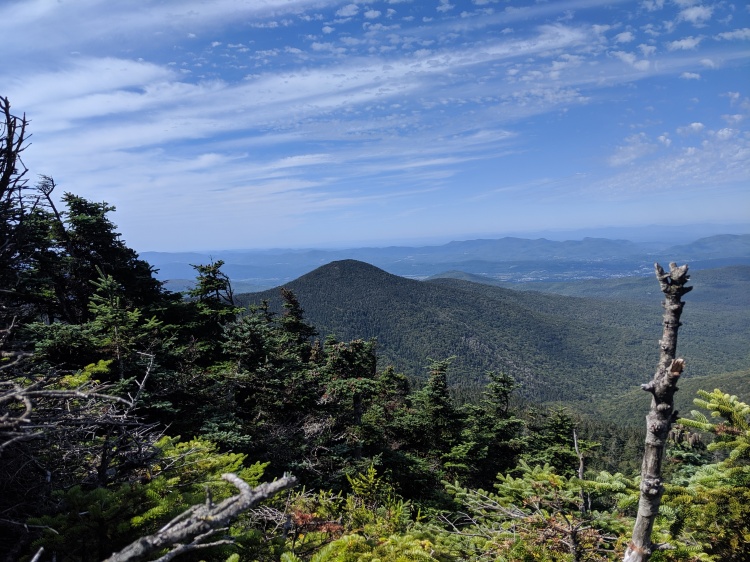 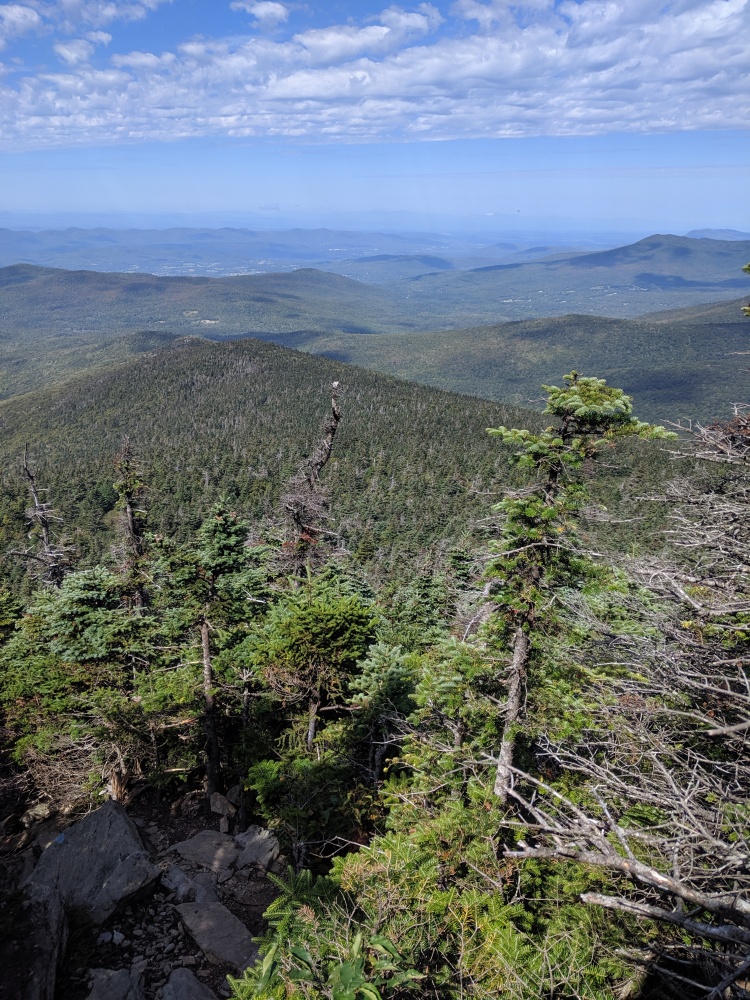 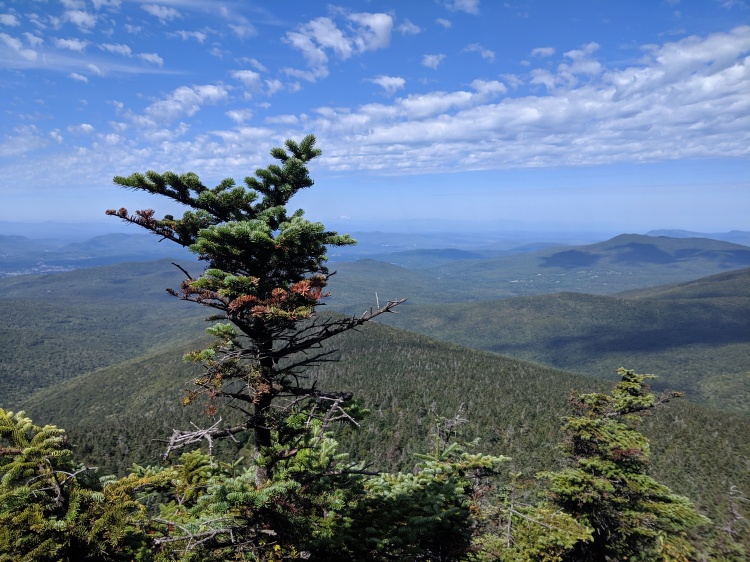 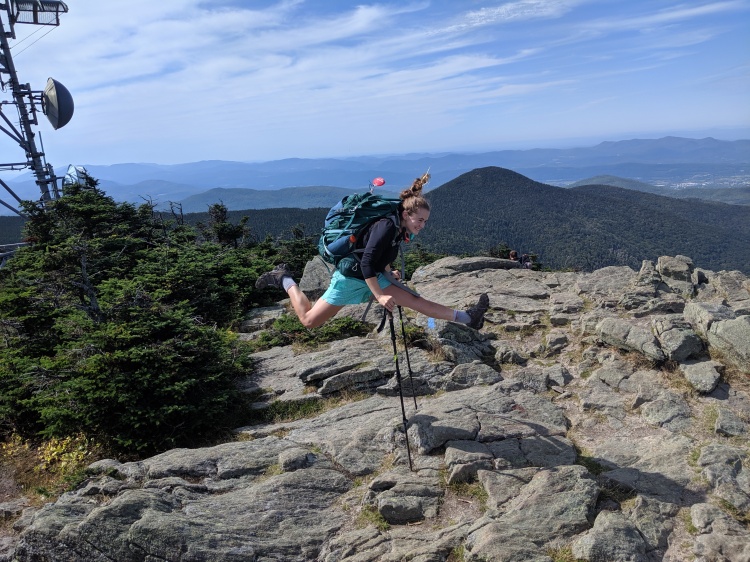 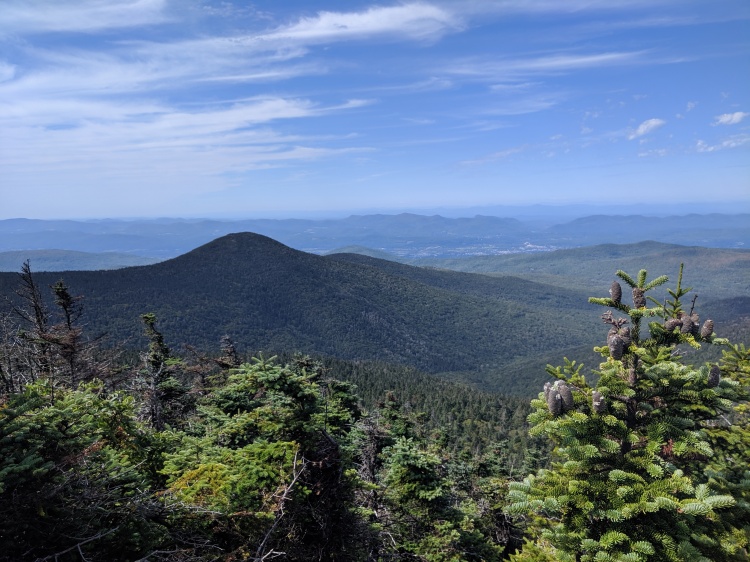 The last 12ish miles back to route 103 were mostly downhill, but it really hurt my knees. At one point my left knee started hurting and I looked down and it was swollen. This had me pretty worried. My whole hike I was taking my time and being careful. I’m not sure what I did to it. When I got back to 103 I hitch hiked back into Rutland to stay at the yellow deli for a second night. It was 5:20 when I walked in the door exhausted and hurting. 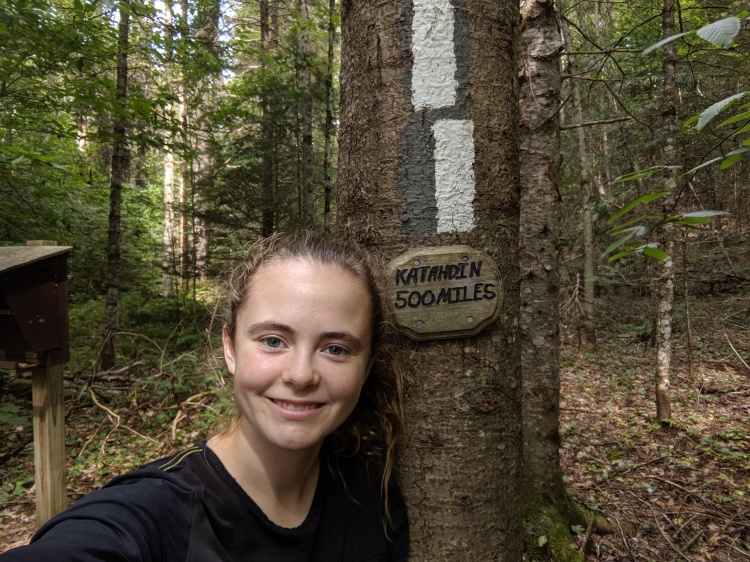 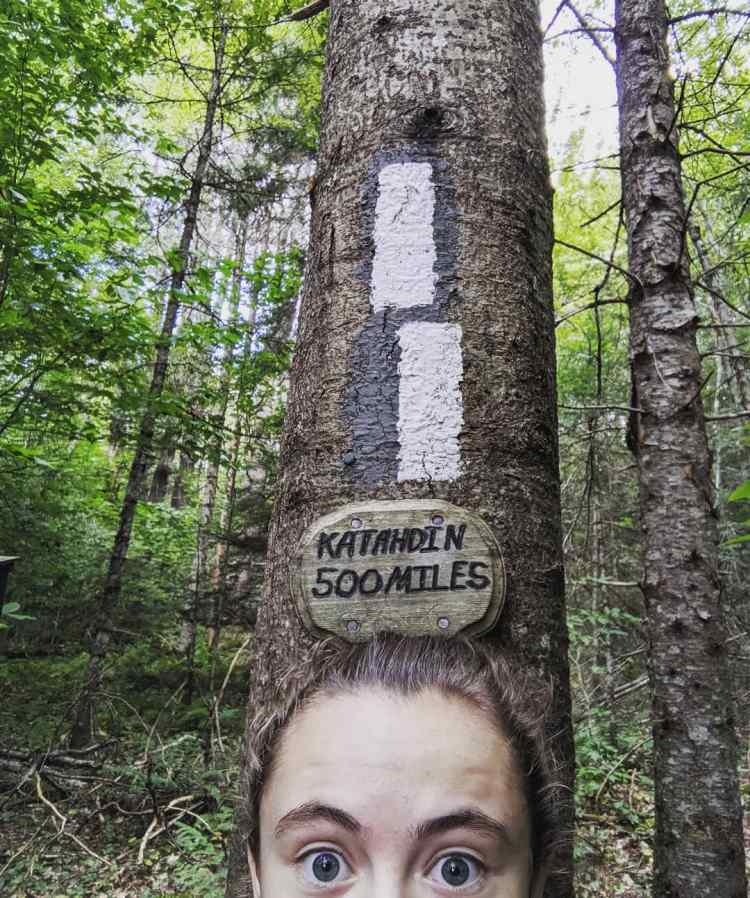 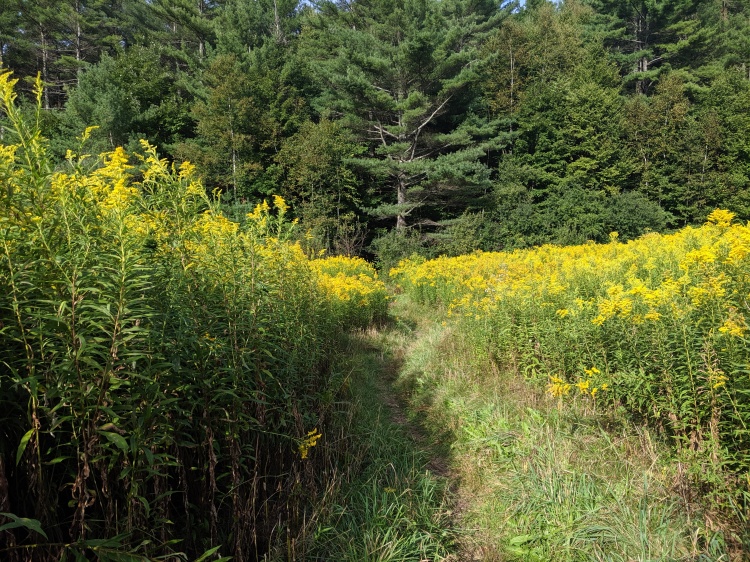 As soon as I arrived one of the people who helped run the Yellow Deli and was a community member there invited me, again, to their special weekly celebration to honor the Sabbath. I was so tired and hurting but I felt like I needed to go since they were so hospitable and nice to the hikers. When I went up to my room I found out that a mother daughter duo from Ohio who I met earlier on the trail were staying the night too. I was so happy to see familiar faces. I found out that Peaches and Woodstock had fliped an are now hiking SOBO. I asked if they were going to the celebration tonight and they said yes so I felt a little better about going.

At 6pm we met up with all the other hikers staying at the hostel (a few men) and we all went to the Sabbath celebration that the twelve tribes invited us to. It was interesting to see another culture/religious group do their thing but I have to admit by the end of the night I felt like I really was staying at some stratge cult. First they danced for an hour which was pretty cool to watch, then we had dinner, and then they taught us Israeli folk dancing. I was so tired and sore it really hurt to stay up so late and move to learn a dance. It was 9pm by the time it was all over and I could finally go to sleep. I was so exhausted after hiking almost 18 miles an then going to a strange celebration and socializing for three hours immediately afterwards. It was quite and interesting day.