I tried to sleep in this morning but I still woke up before 7am. I laid in bed trying to fall back asleep and eventually gave up and went downstairs to breakfast at 7:40. When I got there expecting all you can eat pancakes I was promised, I found out they did breakfast at 7am and they were all gone! I knew other people were sleeping so I waited around and we made our own pancakes when everyone was awake. Sko and O’hai were staying there too and I was happy to see them but they got of at a different section of the trail than I did. I took my time getting ready and doing last minute things in town before hitting the trail around 10am.

When I got on trail I started sweating a ton. At first I thought I was breaking out in a fever, then I realized that the temperature was really warm (about 65). It’s been cold for so long I forgot what it felt like to hike in the heat. I was really slow going out of town. I always struggle to get back on trail after a day of rest. My pack always feels heavier than normal even if I don’t add a ton of extra weight.

I hiked mostly uphill and went over mount Hayes which had great views of pine trees infront of the presidential range. I took tons of small breaks to rest my aching legs and dry off my shirt that was wet with sweat. Eventually I came to a pond where the trail was no clearly marked. I spent about 20 minutes bushwacking around in the woods because the trail wasn’t obvious at all. I was super frustrated because I had finally got into a good hiking pace and was set back so much by not being able to find the trail. Eventually I found it in a really weird spot. I was really angry and just wanted to stop hiking. I sat down on a ledge at a view to rest and debate if I should hike all the way to Maine or not. I had originally planned to but I was way behind schedule. I got on Instagram and saw that some friends of mine had summited Katahdin today and it motivated me to get up and keep moving. I found that the trail had been very poorly maintained in this whole section. I was getting cut up by branches and pulling myself over so many dead fallen trees. At one point the trail was covered in slick mud. Of course I slipped and fell in it multiple times. By the time I got to a shelter to take a break I was so over hiking for the day. 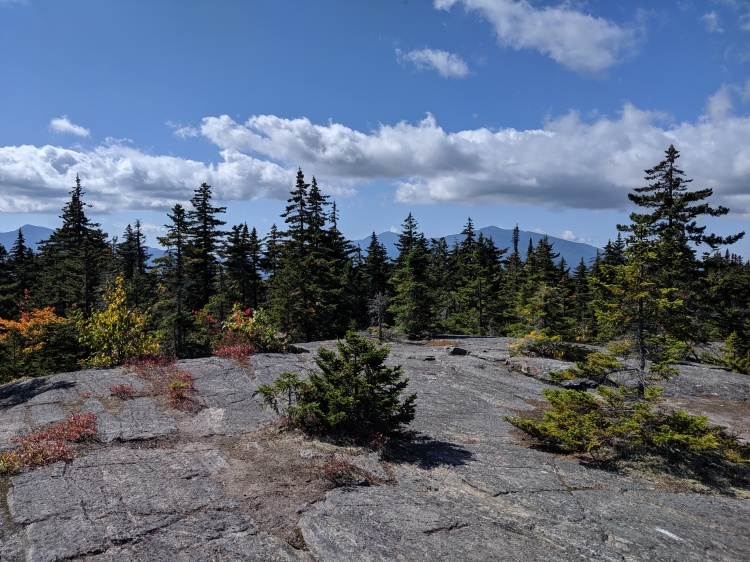 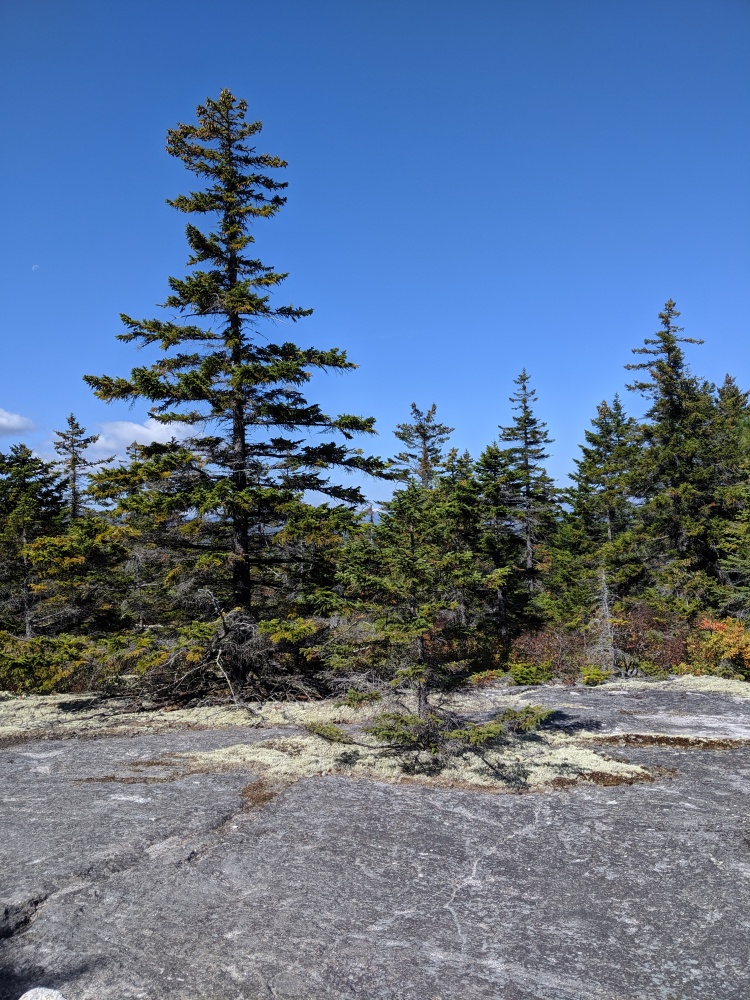 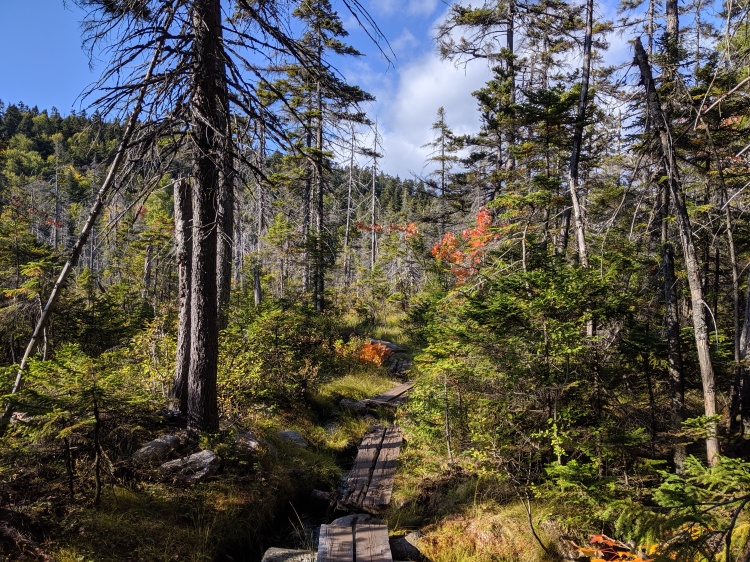 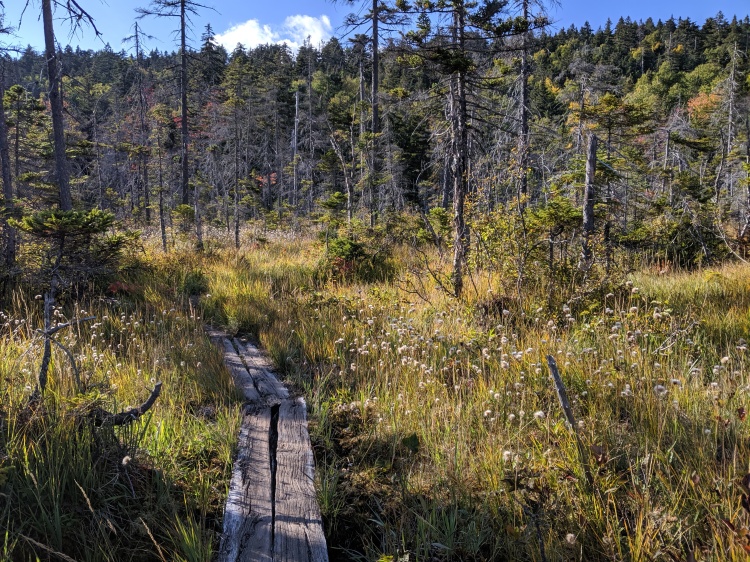 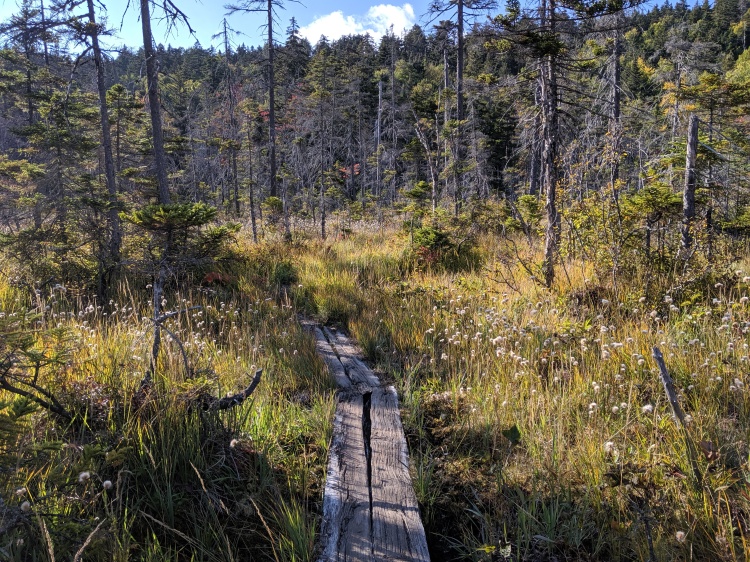 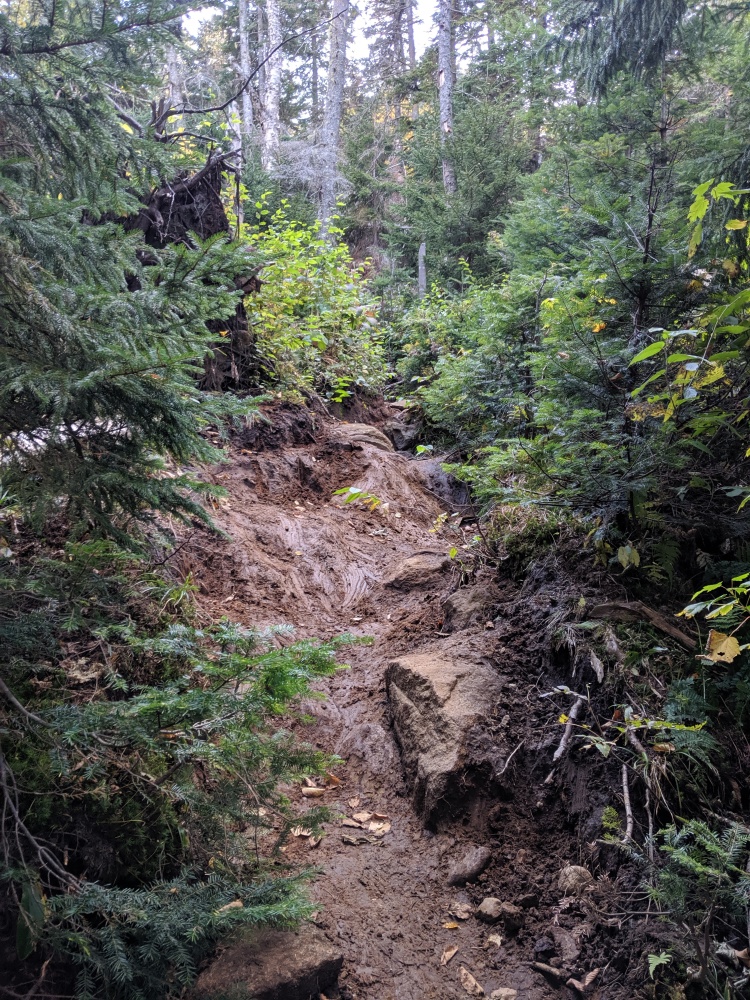 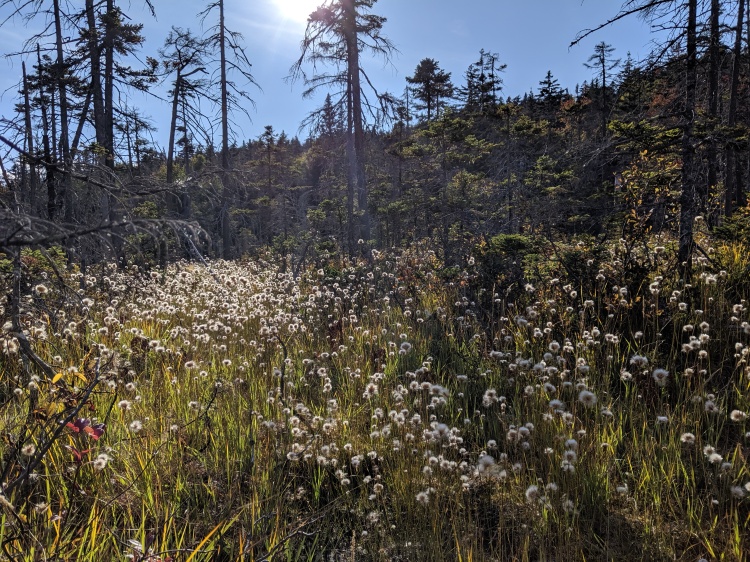 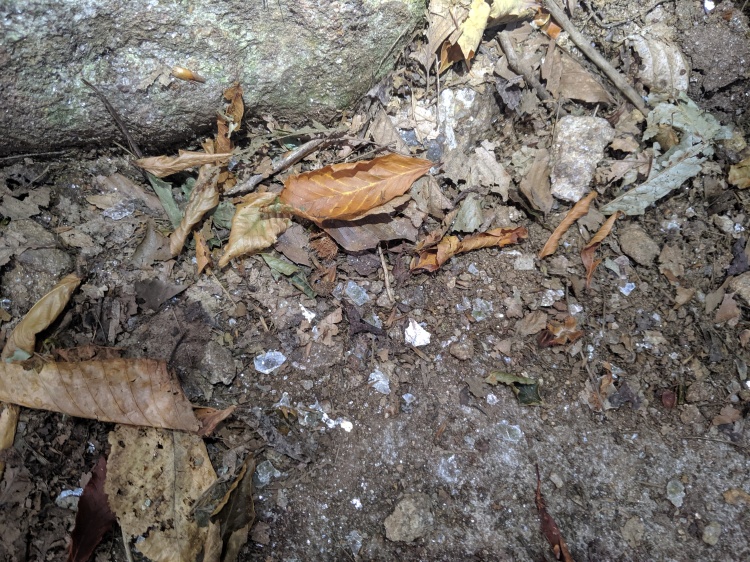 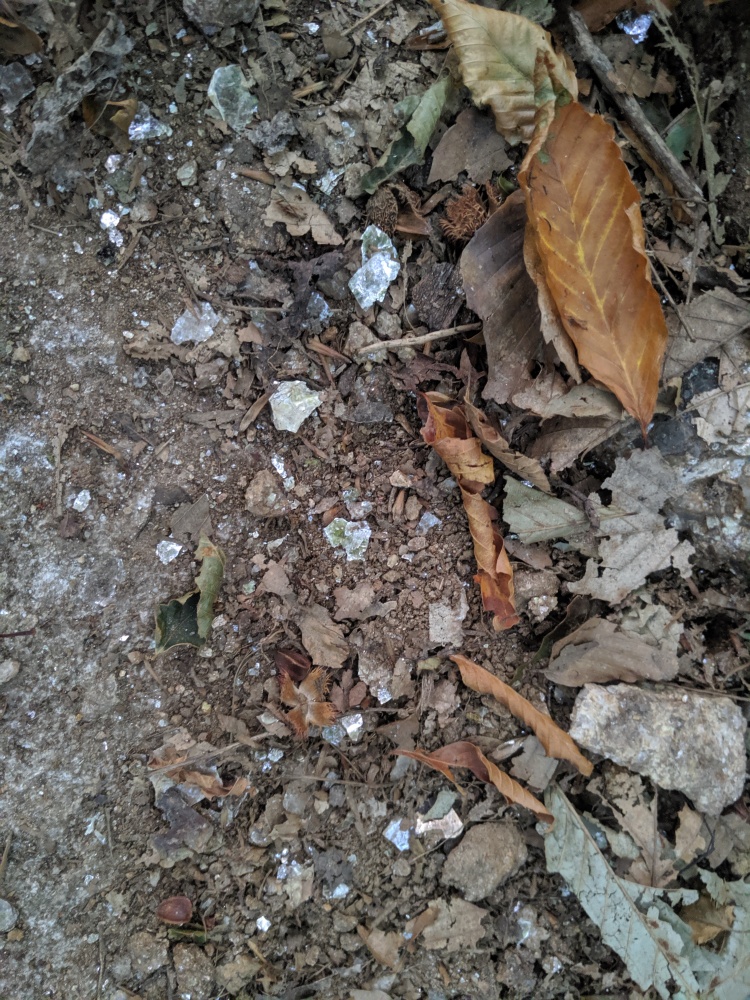 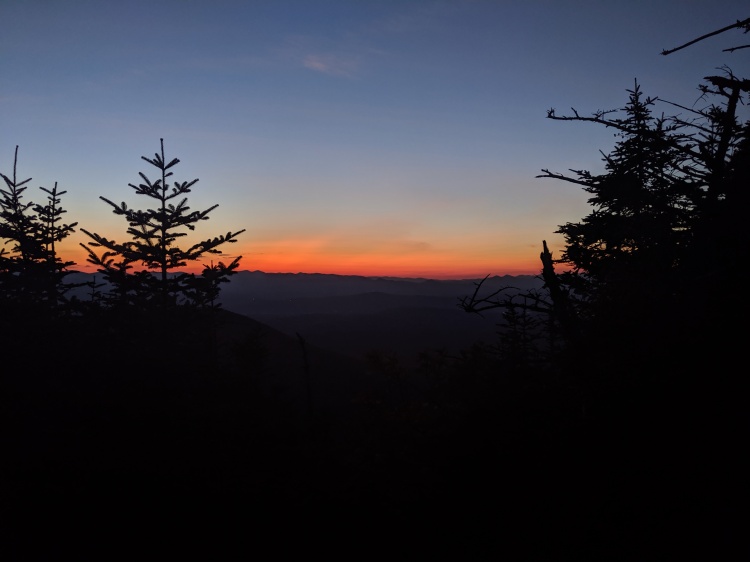 I sat at the shelter for a while debating if I should push on and seeing what was in store for the days ahead. At 6pm I left and continued on five more miles to the Maine border. It got dark really fast and soon I was climbing mount Success in the dark with my headlamp. The sunset was beautiful through the trees. Mount success involved more rock climbing than hiking. It felt really hard in the dark with my increased pace. Eventually I reached the top where I walked across some alpine bogs and ran Into a hiker setting up his tent on the summit. It was really nice night for camping with the temp around 50 degrees. A sharp contrast to the recent freezing cold weather in the whites.

I descended mount success and crossed a giant boulder chasm that was really dangerous and scary before crossing the border. I expected people to be camped there but I was empty. I took some pictures of myself which were kinda hard because I had to set up a timer and my headlamp for light. The moment needes to be documented! I thought I was going to cry but I didn’t. Getting to Maine feels like such a big deal. I can officially say that I have walked from GA to ME! 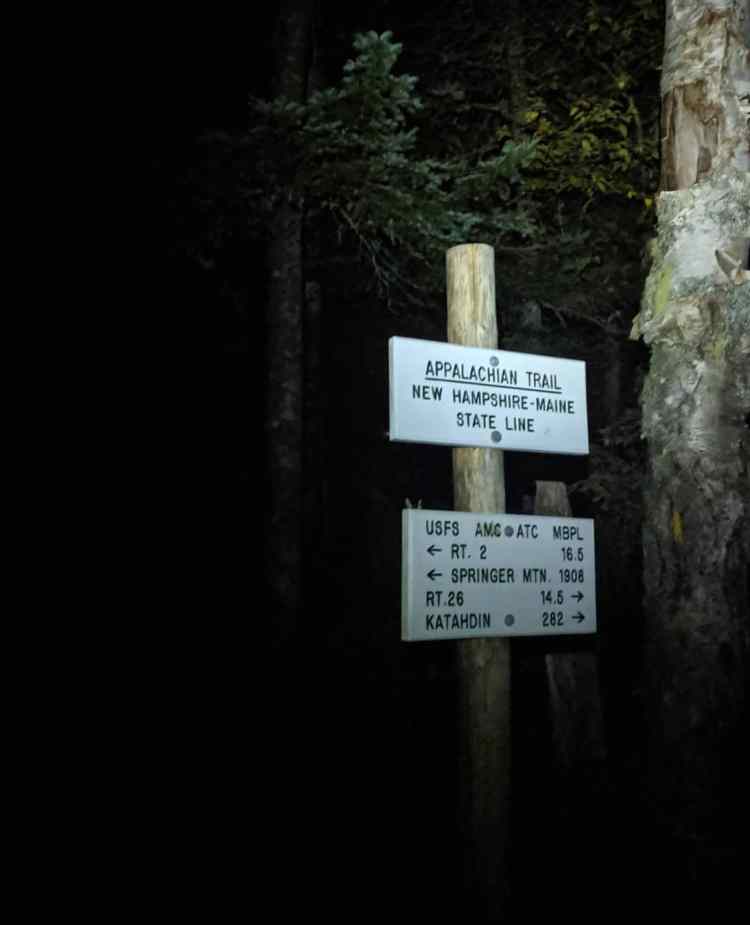 After the border, I continued on 0.5 more miles to a shelter. At the junction of the trails, I had to descend yet another super dangerous boulder chasm. It feels like the trail is trying to kill me! This one I took off my pack and had to throw it down in front of me. I then walked another 0.3 miles off the trail to the shelter. When I got there I found that it was packed. This was very unexpected! Lately I am lucky if one other person shows up to camp. It seems I have broke into another bubble of hikers. I set up my tent and quickly fell asleep very exhausted.